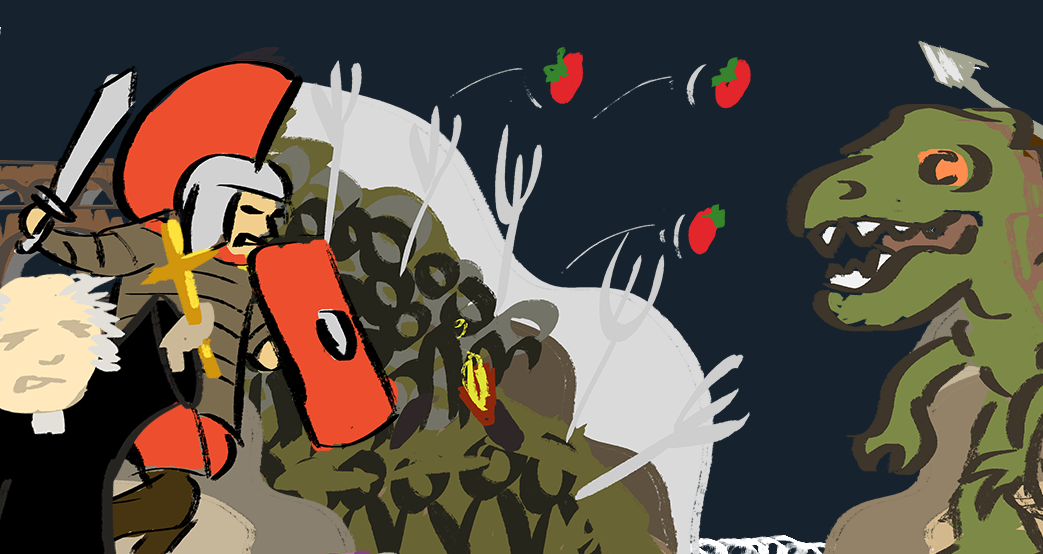 You’re a big squid monster, they’re all of human history. You got this!

I took part in the Ludum Dare Game Jam 44 with the theme "Your life is currency". This was my first LDJ with a partner – we conceptualised together, and then split responsibilities squarely between programming (Unity, C#) and art. I took advantage of a loaned Wacom Cintiq, a dusty old microphone and a whiteboard to design a rhythm fighting game where you are a kaiju monster – a legend in human history being repeatedly attacked. In the down-time between eras, you are given a chance to trade your ever-diminishing health for stronger combos, in a desperate bid to continue surviving… 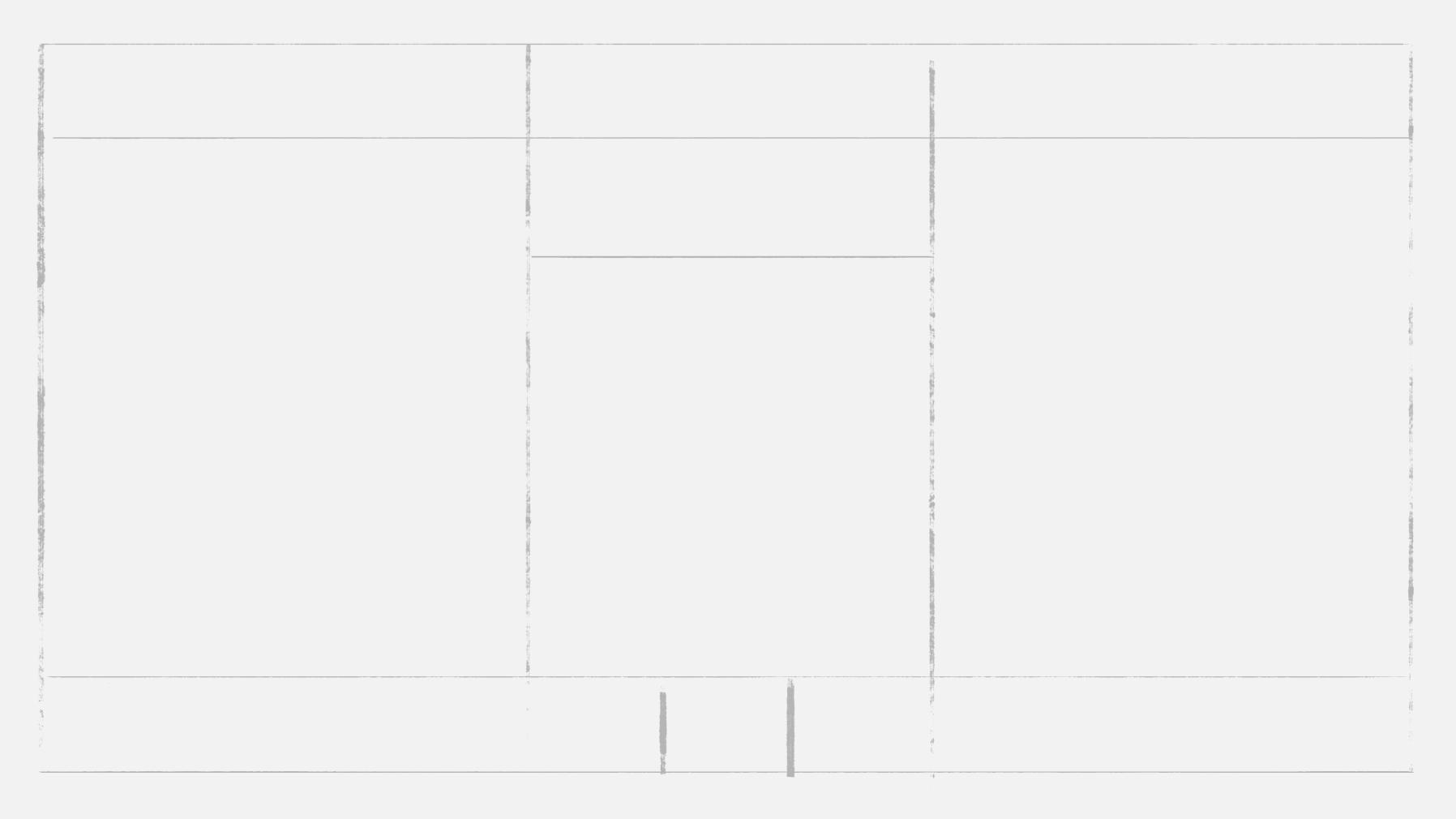 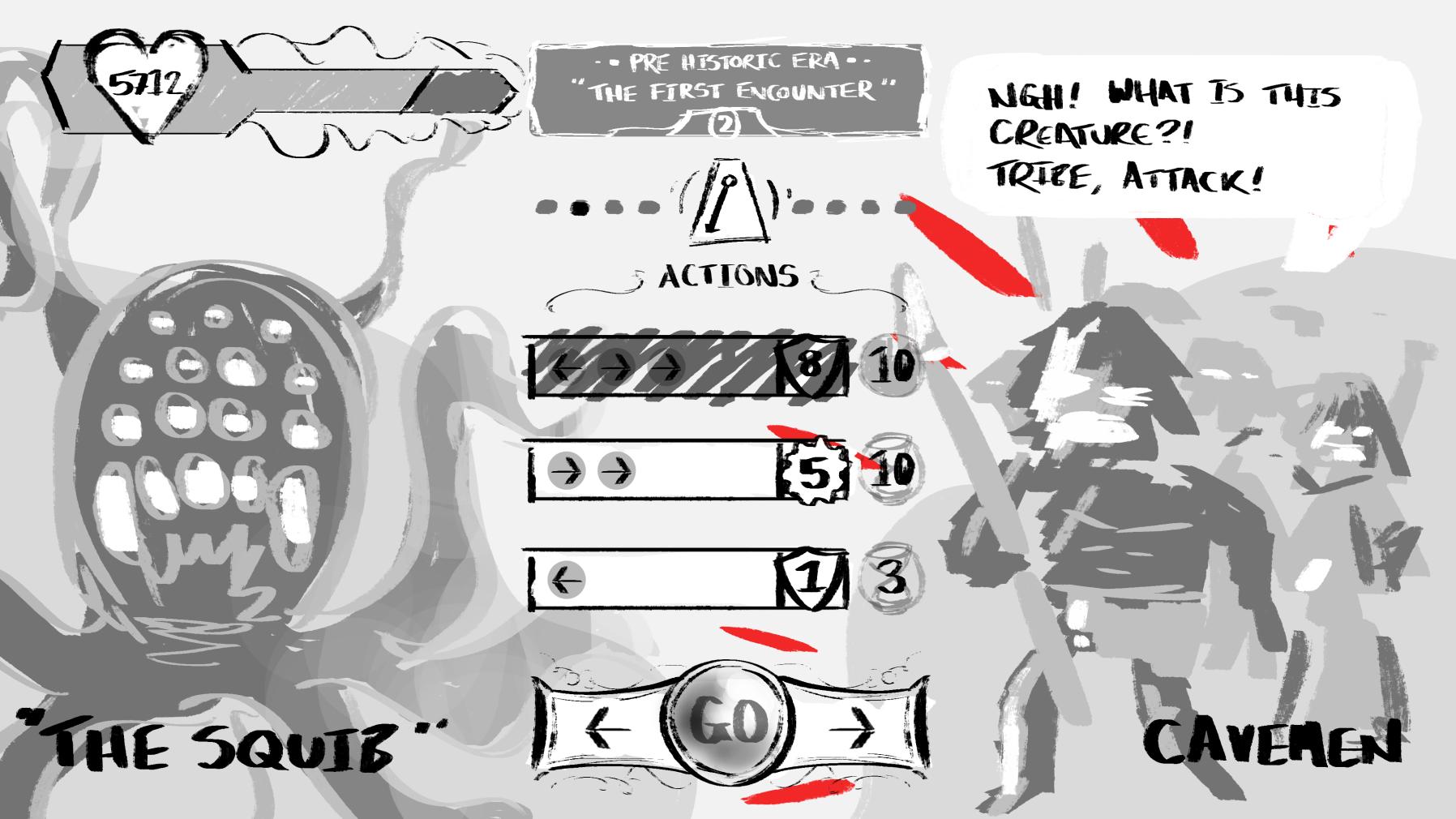 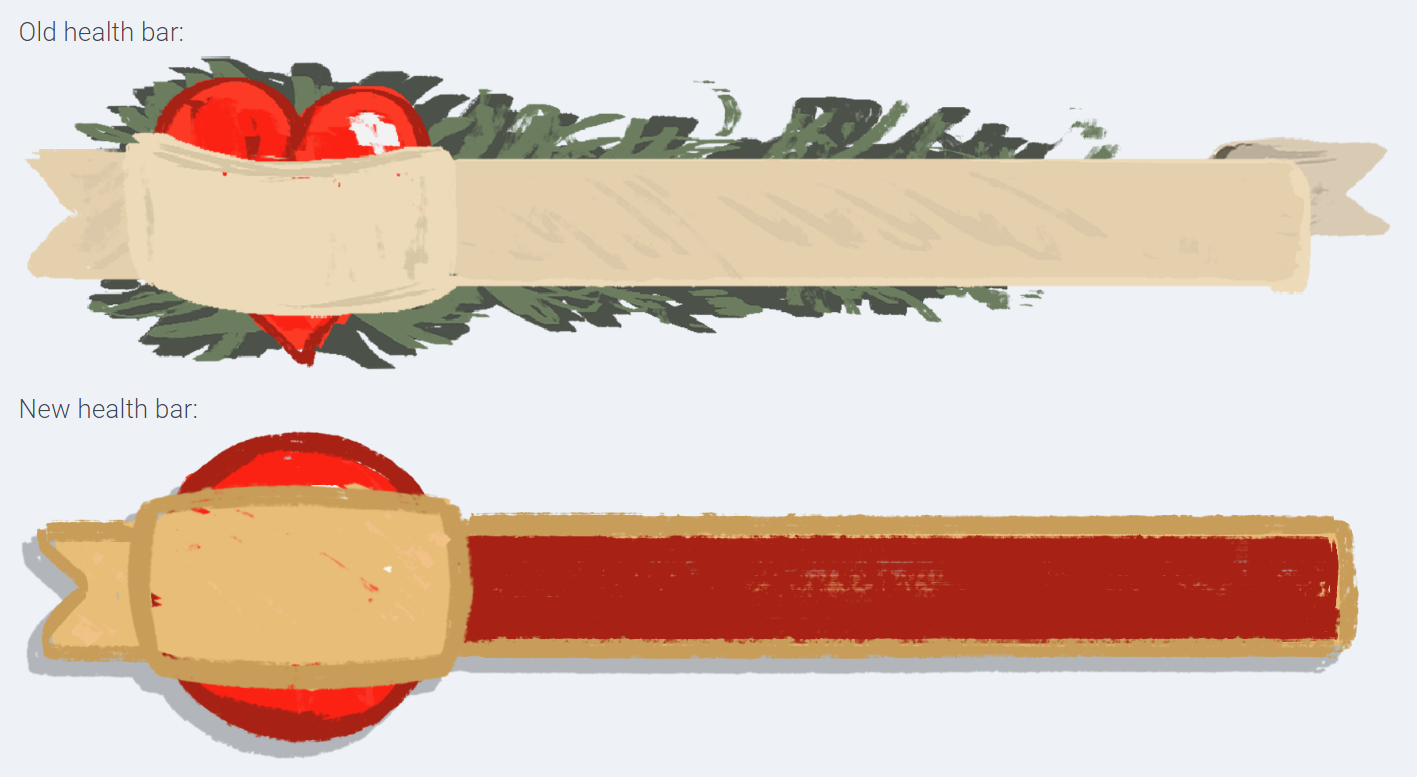 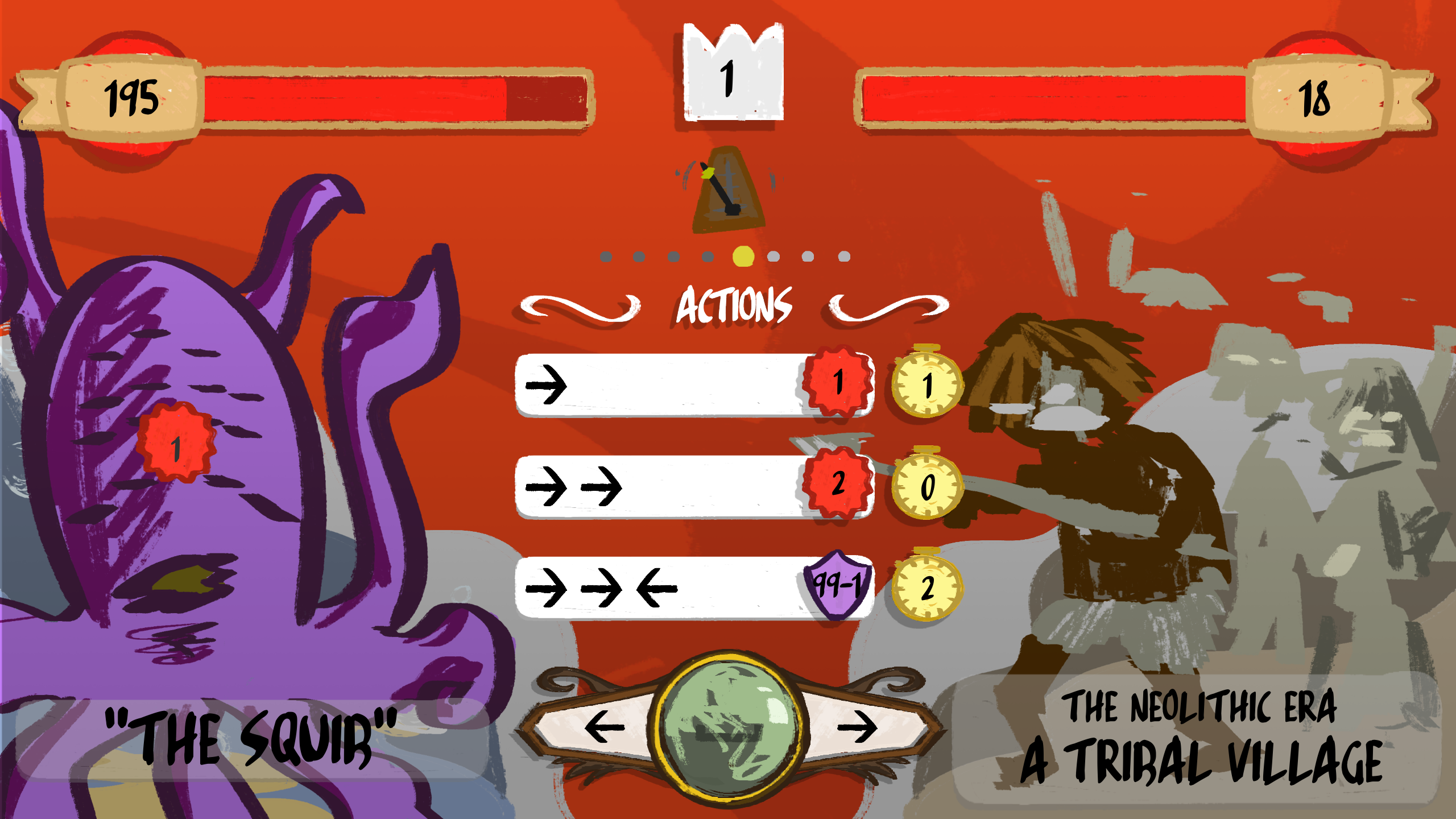 Blocking out the UI elements

Every game jam, I try to do something outside of my comfort zone – this time, although we both contributed to all aspects, I was in charge of UI/UX, art and sound assets. It was a reasonably UI heavy game, designed to be plugged chock-full of scriptable-objects to add characters, battles and moves. This data-driven approach was inspired by our experience of working with content developers in-industry.

We designed it together, and decided on a hybridisation of the typical rhythm-game formula - instead of hitting buttons on-beat, you had to queue your attack patterns, meaning longer combos for better attacks were higher risk-reward.

Ultimately, it was the perfect jam – we didn’t win any categories, but we produced something that felt polished that we were proud of, and thanks to some charmingly constructive feedback on our submission by members of the LDJ community, we were able to pin-point exactly where it needed improvement: chiefly, the core mechanics were not conveyed well enough to the player, and it could have benefited from some clearer tutorialisation.